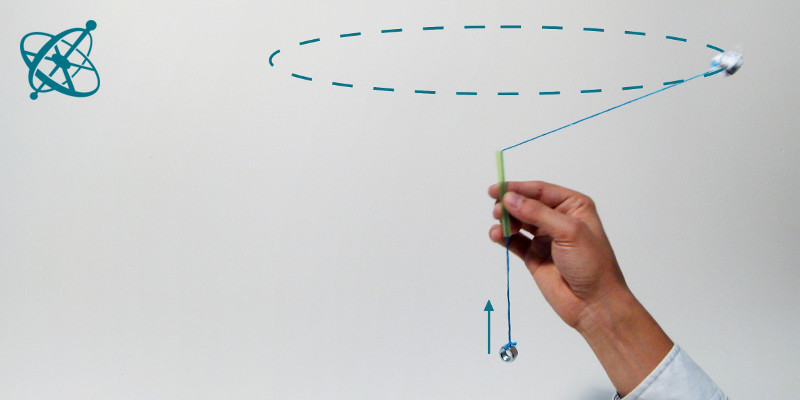 Can you control the moving up and down of the nut… 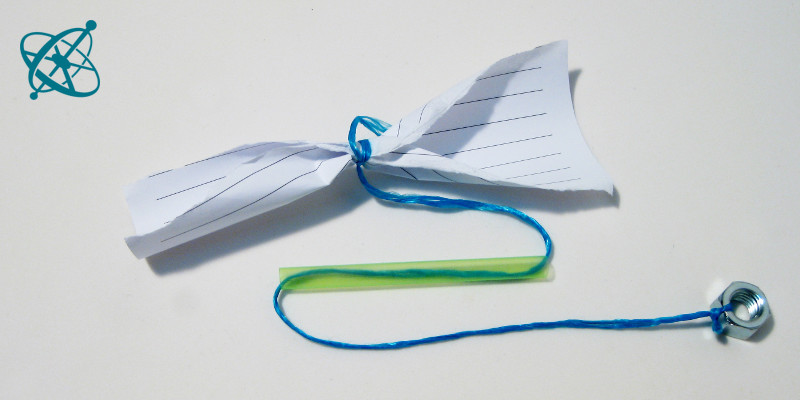 …just by spinning around this piece of paper?

Centrifugal forces are usually demonstrated in situations where the centrifugal force is exactly countered by the centripetal force. This can lead to the misconception that 'centrifugal' and 'centripetal' are merely two names for the same force acting in different directions.

Why not allowing your students to make their personal experience with these two competing forces?

Gaining a feeling for centripetal and centrifugal forces.

Cut straws in 4 parts (omitting the flexible part) and prepare short strings of about 40 cm.

Thread a string through a straw before binding on one end a nut, and on the other end a small paper ball.

1. Make the nut lift and sink in a controlled manner just by spinning around the paper ball.

2. What forces are acting in this experiment?

If the thread would snap, in what direction would the paper ball fly?
› It would fly off on a tangent.

What does the ball have to do in order to stay on its circular path?
› It continuously has to change its direction.

What force makes the ball change its direction?
› The tension in the string with the nut dragging on the other end. This force is known as centripetal force.

What happens when the nut is lifted?
› The weight of the nut is no longer enough to keep the ball on its circular path.

How do you control this?
› By spinning the ball faster or slower, you change the force the paper ball exerts on the string. This force – called centrifugal force – is due to the ball's inertia opposing the change of direction.