If you swiftly withdraw the paper under these objects… 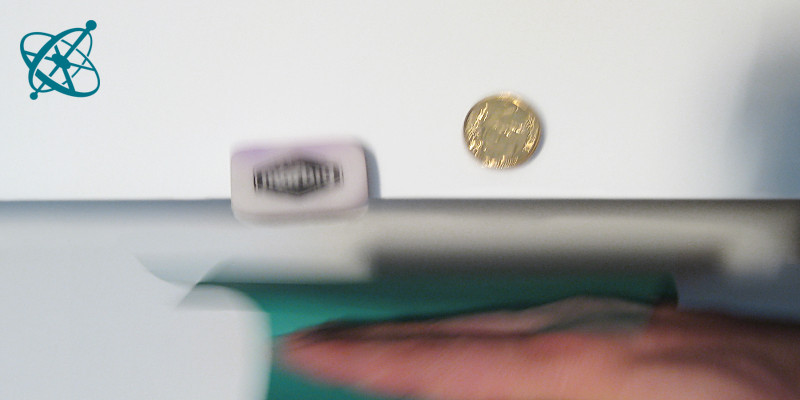 …the coin more or less stays where it is. The eraser less so. 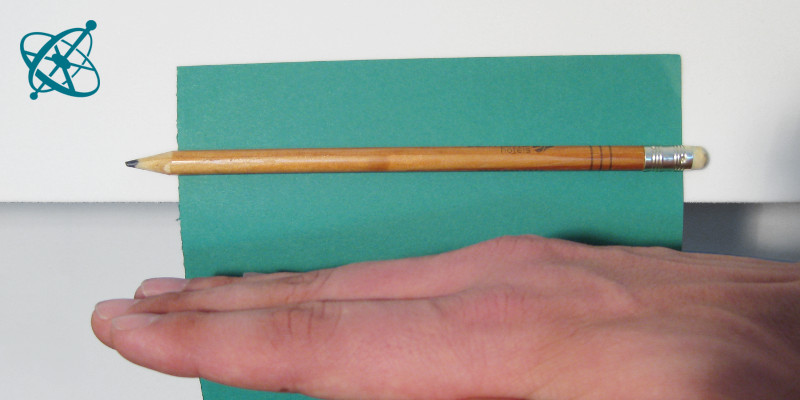 What if you play this trick to a pencil? 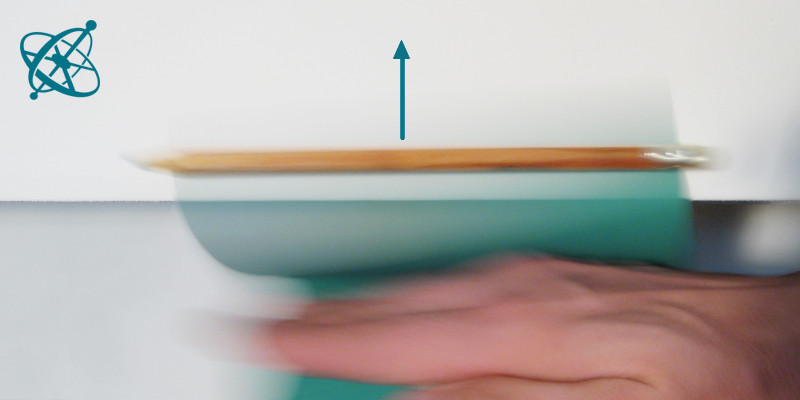 It just roles away from the table edge.

The famous table cloth trick can be simplified to take just a moment in the classroom – without loosing any of its appeal, but actually increasing its educational clarity.

According to Newton's first law of motion, objects at rest stay at rest unless an external force acts upon them.

Lay an object onto a sheet of paper which sticks out 5 cm over the edge of a table.

1. Why does the object stay where it is if you withdraw the paper suddenly, but moves with the paper if you pull slowly?

2. If you repeat the experiment with a pencil as object, oriented along the table edge, why does it roll away from the edge and not towards it?

If you pull the paper slowly, why does the object move with it?
› The friction between the object and the paper is strong enough to accelerate the object.

Is the friction the same if you pull quickly?
› No, once you overcome the static friction, the kinetic friction is much weaker.

So is the force applied to the object equally strong when you pull quickly?
› No, it is weaker.

Is it applied for the same amount of time as in the slow drawing case?
› No, it is applied for a much shorter period.

Does the pencil experience static or kinetic friction?
› As soon as you draw on the paper it is rolling friction.

In what direction has the pencil to roll in order to stay where it is while you withdraw the paper under it?
› Away from the table edge.

And when there is no more paper between the rolling pencil and the table?
› It rolls on, away from the tablel edge.

Rolling friction is even weaker than kinetic friction, but it is enough to make the pencil roll over paper that is moving under it. The pencil thereby gains angular momentum, which – according to Newton's first law – keeps it rolling once the paper is no longer under it. According to the induced sense of rotation, the pencil then rolls away from the table edge.