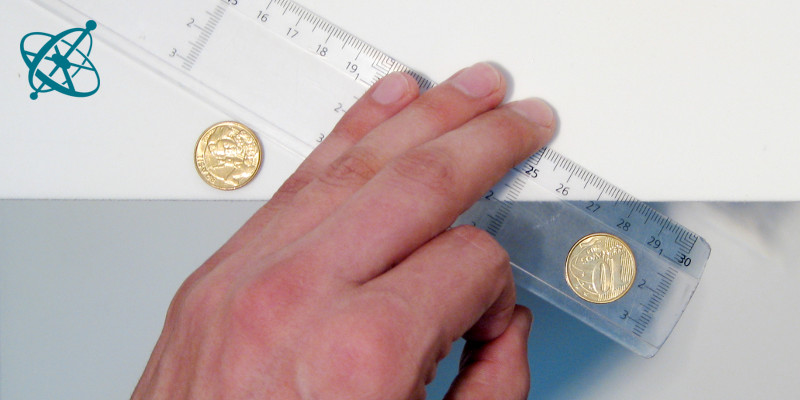 Which coin falls faster when… 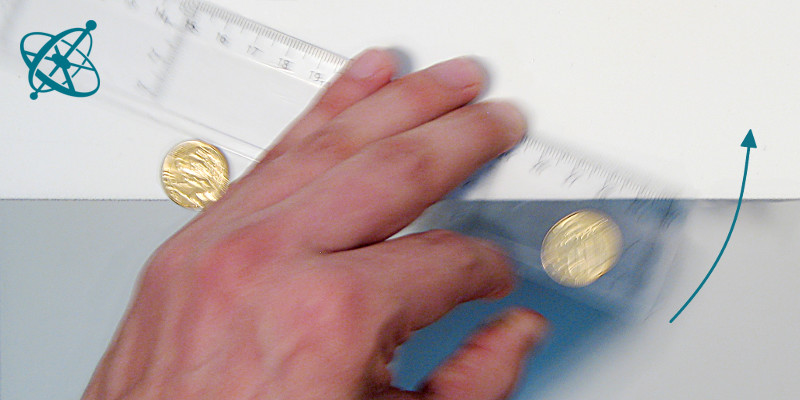 …you flick the ruler? 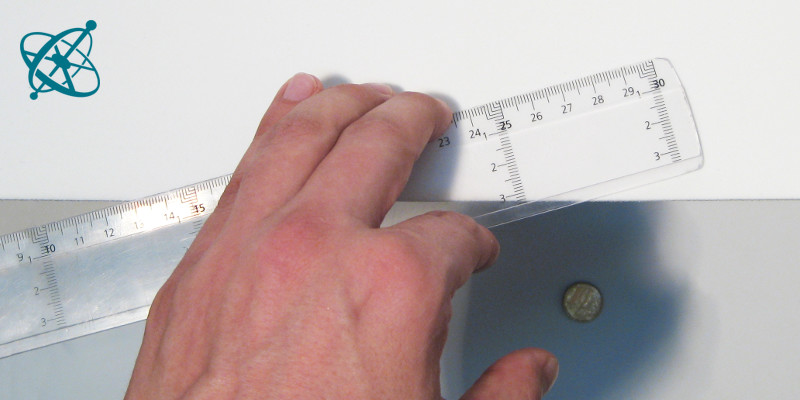 Listen: both hit the ground at the same moment.

Being faster does not always mean arriving first.

Observing the superposition principle for velocities.

Reinforcing that velocity is a vector quantity with magnitude (speed) and direction.

On the edge of a table, place one coin on a ruler and another next to it as shown in the picture. When you flick the ruler, the first should fall down and the second be kicked off the table.

1. Listen: Which of the two coins reaches the floor first?

2. Which coin is faster?

Does the horizontal velocity have any influence on the downward velocity?
› No, that is why they reach the floor at the same moment.

Your students will hear the two coins hitting the floor at the same moment. While the kick with the ruler gave one coin an additional horizontal velocity, this does not change the vertical acceleration both coins experience due to gravity. Nonetheless, the coin that has been kicked off the table has a higher total velocity – flying over a longer distance in the same time – and is thus faster.

Depending on your syllabus, you could discuss the frame of reference for this experiment and draw a vector decomposition of the velocities. Or you might just point out the importance to treat velocity as a vector quantity with magnitude (speed) and direction.