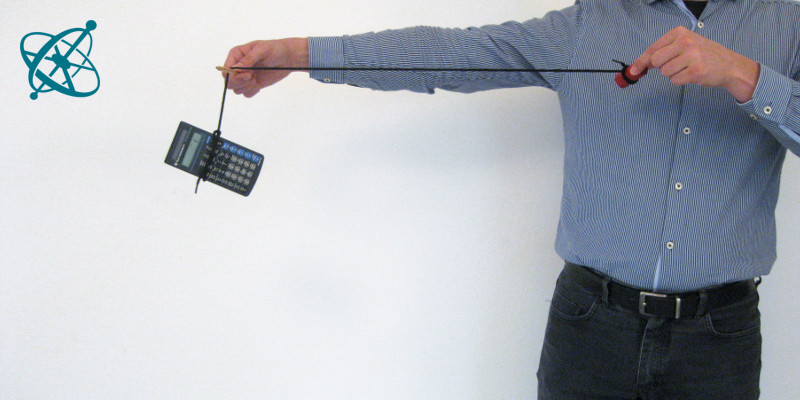 Why does the lightweight red wood cylinder… 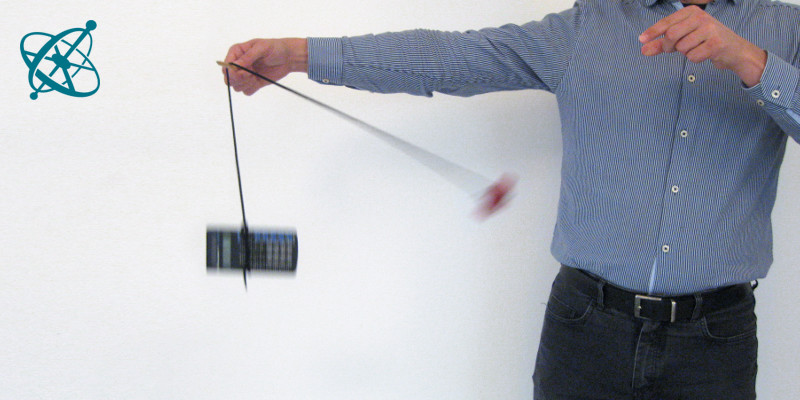 …wrap around the pencil? 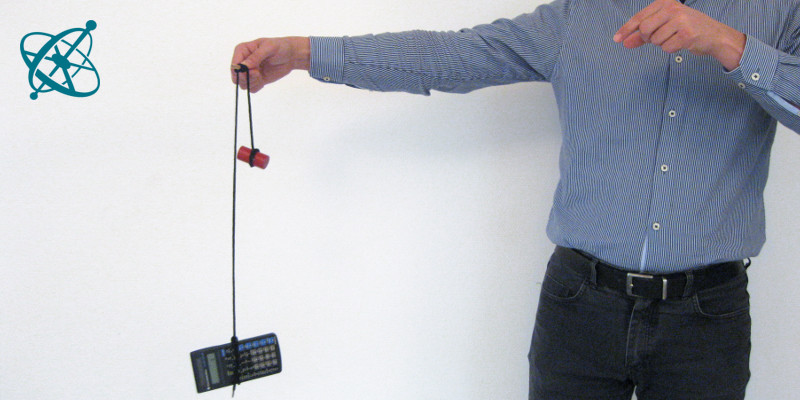 How does it stop the much heavier calculator from falling? 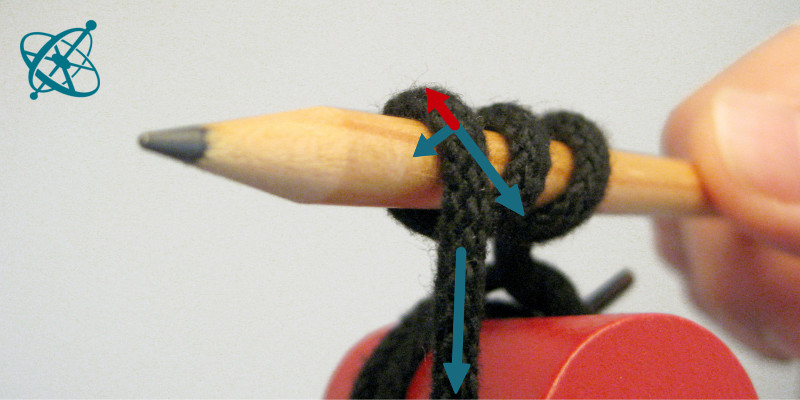 Clearly, it is the friction between string and pencil, but… 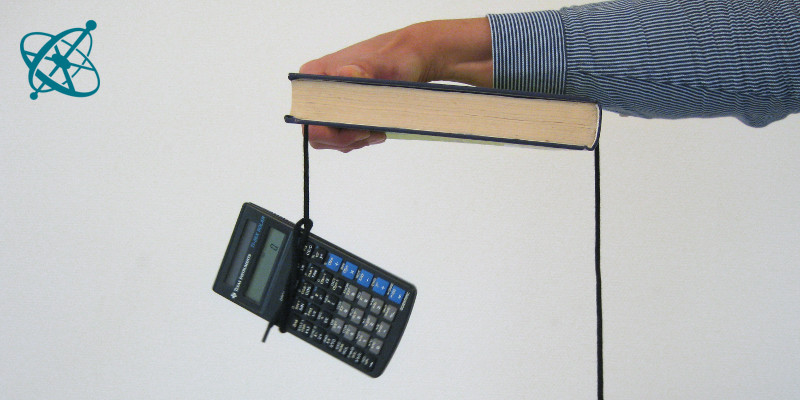 …why is the friction between the sting and the book… 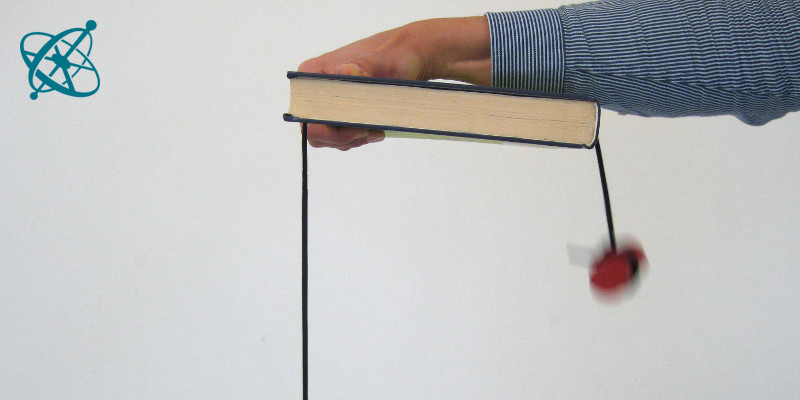 This experiment is said to be 'invented' by a Canadian magician. And it keeps causing a WOW effect, even if you already know the physics involved!

Beyond the entertainment, it is an instructive puzzle for students to figure out which forces are at play, and how they interact to 'safe' the heavier object from falling.

Understanding what causes the strong friction of a string or rope wound around a cylinder.

Materials
String, ca.1m (e.g. shoe lace)
Pencil
Two weights, one of them about 10 times heavier than the other
Preparation

Hand out strings with a length of about 1 meter, and let the students choose the weights they want to attach. Make sure that students only use objects without sharp edges (e.g. an eraser) - when the smaller weight swings around the pencil, it could hit someone.

Attach weights on both ends of the string, one weight being about 10 times heavier than the other. Then drape the string over the pencil, with the heavier weight hanging a few centimeters under the pencil. With the other hand, hold the small weight at the height of the pencil, so that the string is stretched horizontally before you. Then let go of the smaller weight.

1.Why does the small weight wrap around the pencil?

2. How does the small weight hold the much heavier weight, once it is warped 4 or 5 times around the pencil?

What happens to the smaller weight while it is drawn to the pencil?
› It rotates faster around the pencil.

However, this effect is small compared to the friction between the pencil and the string that winds around it. This friction force increases exponentially with the number of turns around the pencil - but not because of the change in surface where string and pencil touch. If that was the case, the string draped over the book should experience the same large friction and stop the fall of a heavier object. Interestingly enough, the radius of the pencil has no influence either - the strength of the friction only depends on the friction coefficient and the angle at which the string is wound around the pencil: As the tension force in the string changes direction, a part of it presses the string against the pencil, causing the large friction. Because of this so-called belt friction, the tension on the two ends of the string can differ significantly, and a small weight can 'hold' a much heavier object from falling further.