With every loop around both pencils… 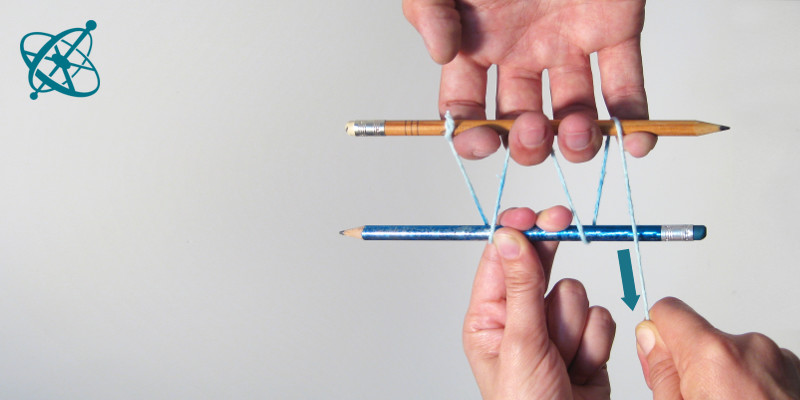 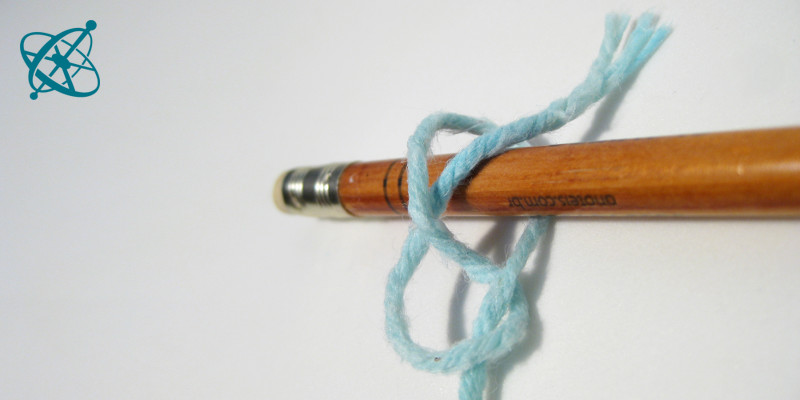 For your safety, remember to make it a firm knot!

Pulleys are an important part of teaching mechanics. Unfortunately, it takes time and special material to mount the experiment for multiple student groups.

This quick and simple alternative uses pencils instead of rolls and the force of students instead of weights – making the experience all the more personal and memorable.

Experiencing and understanding the working principle of a pulley.

Firmly knot a shoelace to one pencil and then wrap it around the other as seen in the photos. While two students gently pull the pencils apart, a third one tries to draw the pencils together by pulling the open end of the shoelace. Repeat this with the shoelace wrapped more than once around both pencils.

Wrapping the shoestring around one pencil will merely redirect the pulling force. In this case the students pulling on the pencils have a clear advantage, since they effectively pull together at the same end of the string.

If, on the other hand, the shoestring makes full loops around both pencils, the advantage is on the side of the student pulling the string: Each segment of the string between the two pencils applies the same force as his pulling force, so that his force is multiplied. As tradeoff, he has to pull the string further: as his force is multiplied, so is the length he has to pull in order to bring the pencils together.

Getting a feeling for spring systems