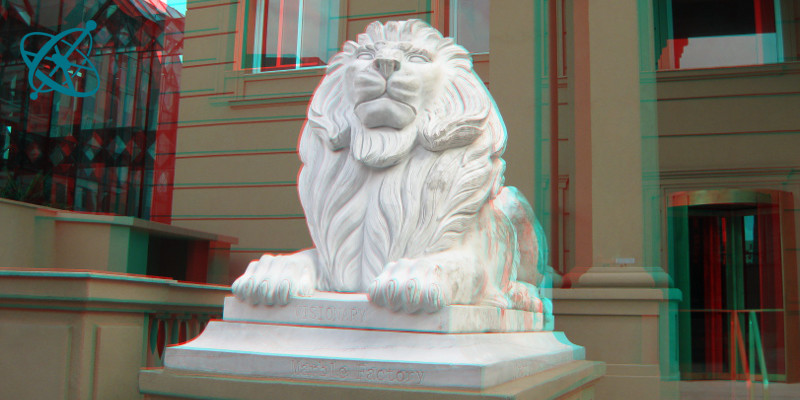 You can see this image in 3D,… 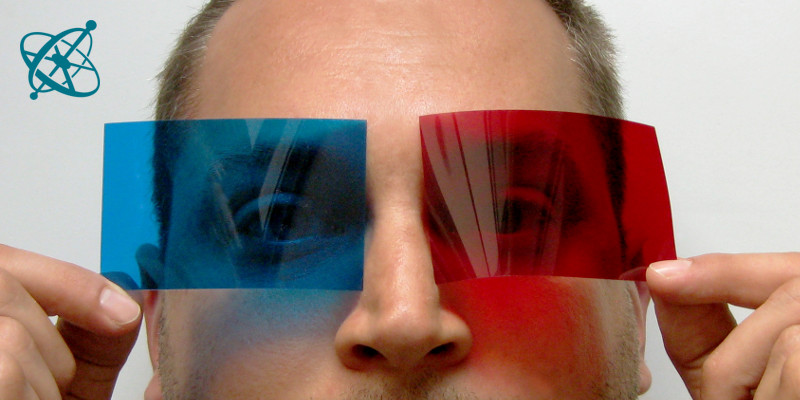 …if you look through a red and a cyan filter. 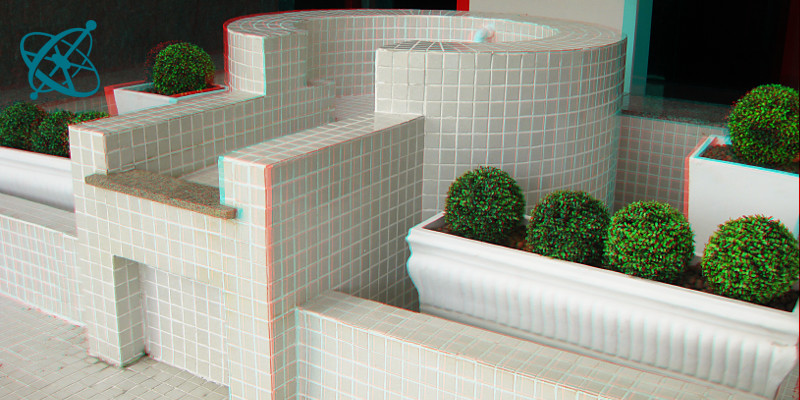 But why can you see white through color filters? 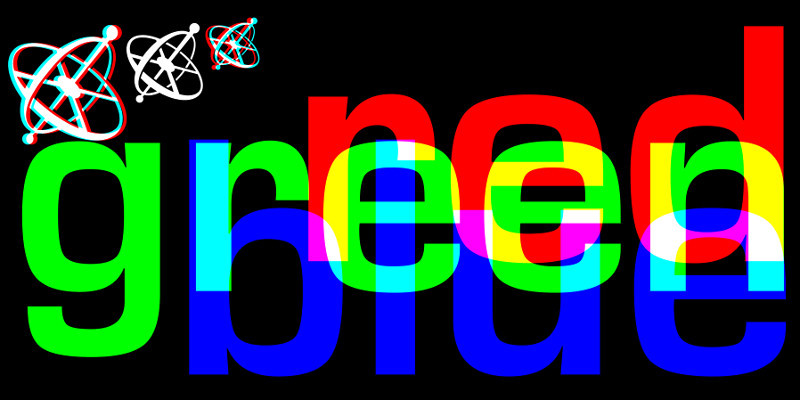 Beyond creating an intriguing 3D effect, anaglyphs can give us some interesting insight in the way our brain processes colors and creates an 'image' of the world around us.

When the brain fuses images from the left and the right eye, it also combines the color information from both eyes.

Materials
Red and cyan color filters, e.g. in red-cyan glasses
Anaglyphs on a screen or in print, e.g. the images above in full resolution: Lion, Fountain
Preparation

Prepare printouts of anaglyphs or arrange a possibility to project them large enough for all students to see them.

1. Why can you see other colors than red and cyan in the image, e.g. green and white?

What do you note when looking through the cyan filter at a green and a blue object?
› The cyan filter let pass light of both colors.

Through which of the two filters can you see white?
› None.

Why then can you see white if you look through both filters (before different eyes)?
› The brain combines information from both eyes to conclude that an object is white.

Anaglyphs create a 3D impression by encoding the image for the left eye in red, and the image for the right eye in all colors but red. Seen through a red filter before the left eye and a cyan filter before the right eye, each eye only gets to 'see' the image intended for it. While the red filter only lets pass red light, the cyan filter stops red and allows all other colors to pass. An observer can thus distinguish e.g. green and blue through the cyan filter, while these colors appear just dark through the red filter.

When the brain's visual cortex combines the information from the left and the right eye to a single image, it not only fuses the two perspectives to a three-dimensional perception, but also combines color information from both eyes. We see a color as white, when all three color receptors (red, green and blue) are stimulated. As this experiment shows, this also works if the receptors are located on different eyes, if the brain decides that they refer to the same object. This white is not perfect, though, and often has a cyan tint. However, the brain recognizes which objects should be white and adapts its color reception accordingly, so that with time the cyan tint seems to disappear.

Looking at the test image above – the one with text – through a red and cyan filter before your eyes, you probably note that the text 'red' is sometimes visible and sometimes not. This is known as retinal or binocular rivalry and caused by the brain's failing attempts to reconcile the information from both eyes to a single image.

How many colors has your display?