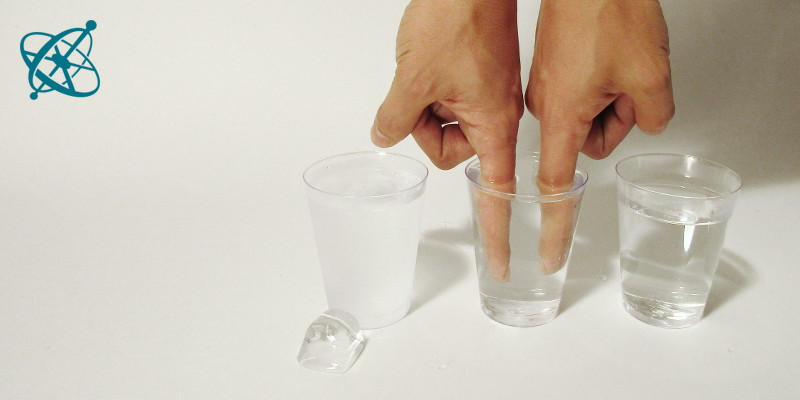 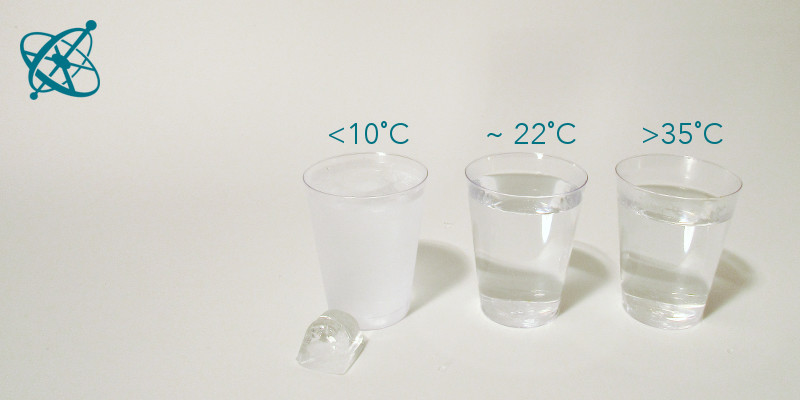 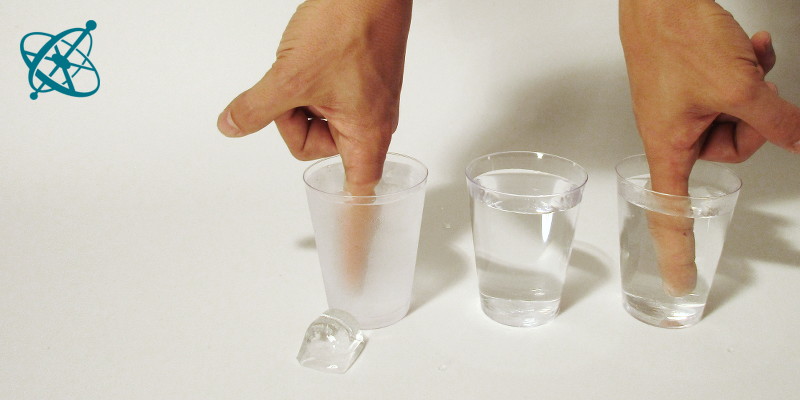 After 2 minutes in cold or hot water, how does the water in the middle feel?

Within minutes, our senses adapt to the environment. They are optimized to notify us quickly about changes in a stimulus (e.g. of the temperature, color or taste) rather than to measure absolute values.

Experience and understand the adaptation of our senses to continuous stimuli.

Differentiate between relative and absolute 'measurements'.

Our senses react primarily to relative changes rather than absolute values.

Prepare hot and cold water in thermos flasks, as well as a bucket to collect the material after the experiment.

1. Does the water in the middle feel cold or warm?

2. How does your temperature perception differ from that of a thermometer?

3. Have you observed a similar effect with other senses?

4. Why do you think our senses react like this?

What is the real the temperature of the water in the middle?
› Room temperature.

Is the temperature you feel absolute or relative to the previous environment?
› It is relative.

How do your eyes react when you enter a dark room?
› After some time they adapt, so that things appear brighter and are easier to see.

In most every-day situations, do you think it is better to know the absolute temperature, brightness or pitch of someones voice, or to detect changes and differences?
› In many natural settings it is important to note changes quickly.

When moving a finger from cold water to the water at room temperature, cold receptors (which have adapted their output signal to the cold water) will not fire, while the warm receptors will fire strongly. As a result, our brain receives mainly 'warm' signals from this finger. The opposite effect takes place if the finger had been in hot water before.

The important finding of this experiment is for students to see that our senses react primarily on changes and adapt quickly. In contrast, most technical measurement devices, such as thermometer, provide absolute values (e.g. in degree Celsius).