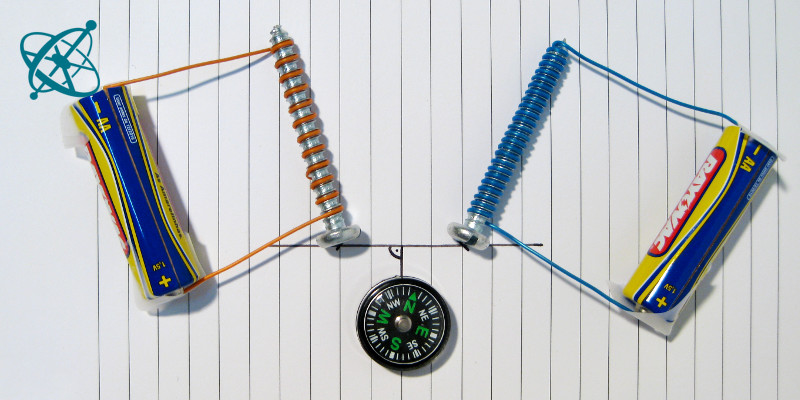 Who builds the stronger electromagnet? 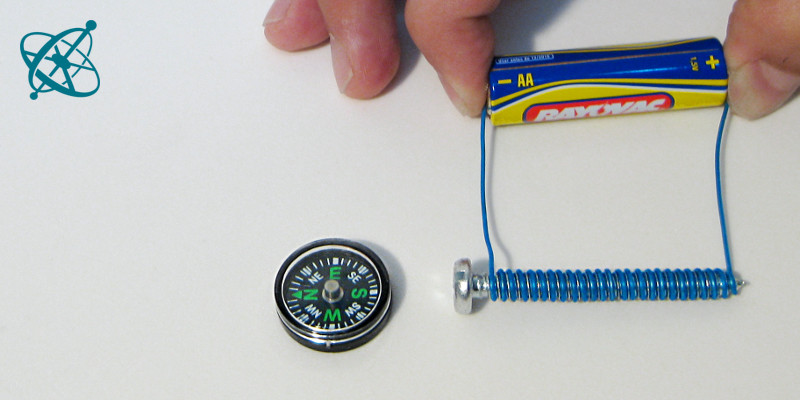 The polarity depends on the coil winding sense… 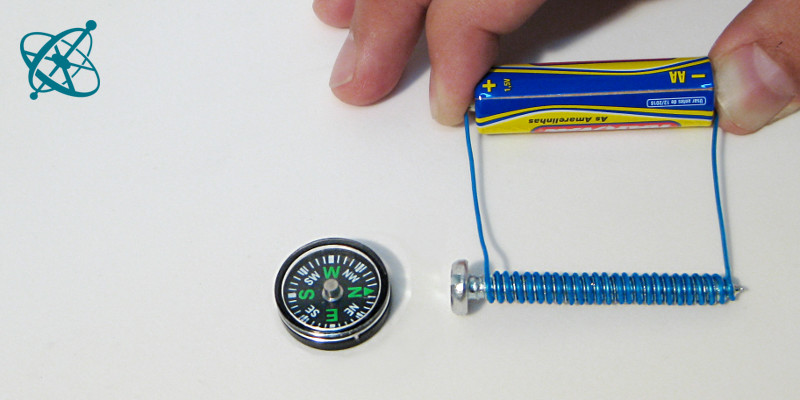 …and the direction of the electric current. 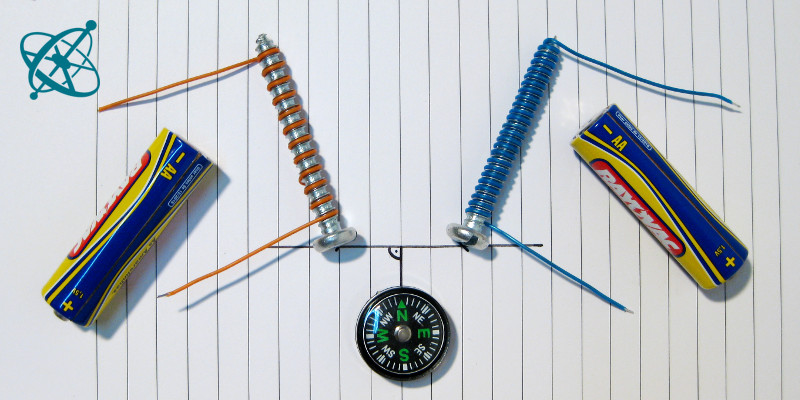 But the magnetic strength? Find out to win the competition!

You will find plenty of home-made electromagnets on the internet. But what determines the polarity and strength of a magnet? Just turn this experiment into a competition and your students will be eager to find out.

Understanding what determines the polarity and strength of an electromagnet.

Measure the relative strength of magnets.

Solving an engineering problem as a team.

Give each group the same type of screw, identical cuts of thin wire (about 30 cm) and a new battery.

Using a compass to measure the relative strength of magnets is merely one possibility among many. If your students suggest a pendulum with a ferromagnetic weight or other approaches, let them test their ideas and choose which method to use.

1. As a class, find and agree on a suitable way to compare the strength of two magnets.

2. Compete to find out which group designs and builds the strongest electromagnet with the given materials.

How can you use a compass to compare the strength of two magnets?
› The compass aligns itself along the magnetic field lines. Put at the same distance, the stronger of the two magnets will dominate the field that turns the needle, so that the compass 'points out the winner'.

What determines on which side your electromagnet's north pole lies?
› The winding sense and the direction of the electric current.

What determines the strength of an electromagnet?
› Primarily the number and layout of your coil's windings, the electric current and the properties of the core, i.e. here the screw.

It may take your students only seconds to find out that the direction of the electric current and the winding sense determine the polarity. It might take a bit longer to find a suitable way to compare the strength of two magnets. One possible solution is to place the south poles of two magnets at equal distance from a compass in the directions of North-East and North-West (see picture). The compass needle will then tend towards the stronger magnet.