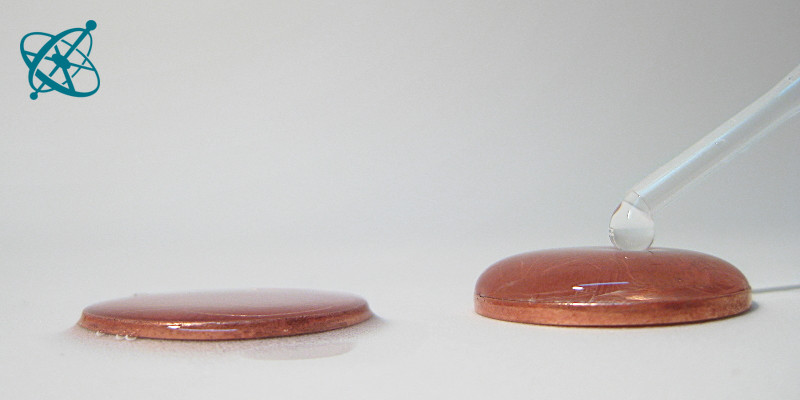 How many drops of water fit on a coin? 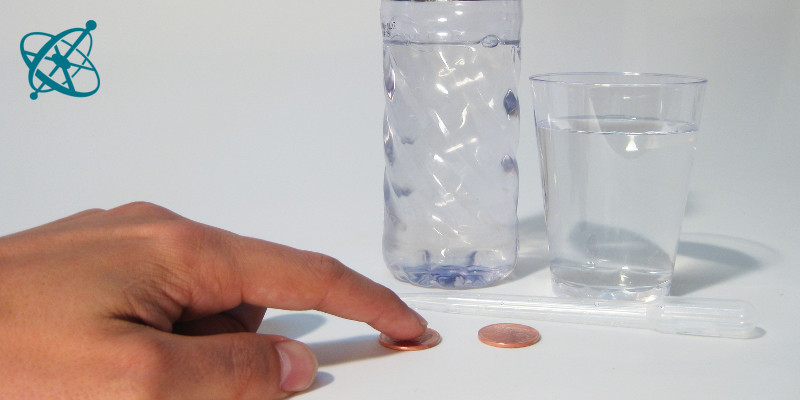 Touch one coin with a bit of detergent. 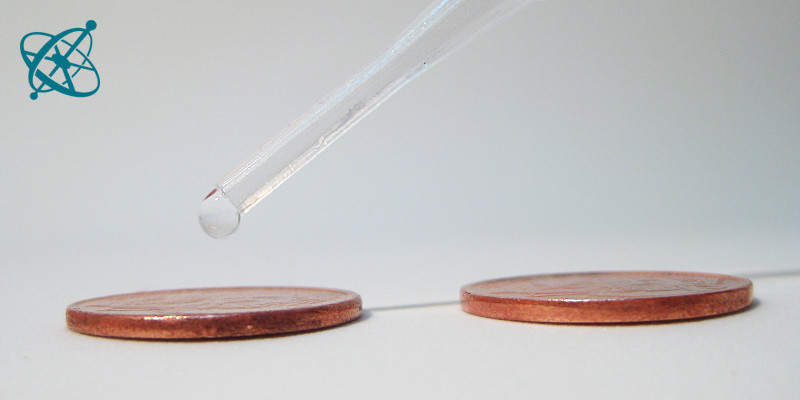 Then start counting the drops. 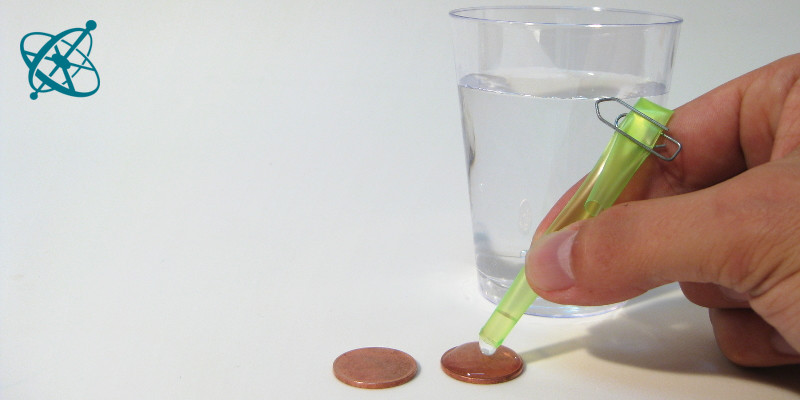 Surface tension can hold a surprising volume of water on a coin. If the surface tension is reduced, e.g. by adding a surfactant, the water spills over at a far lower volume.

Seeing the effect and strength of surface tension.

Even small amounts of surfactants can significantly reduce the surface tension of water.

In case you don't have pipets for your students, you can easily improvise them with straws and paperclips as seen in the last image.

Place two equal coins on a paper towel. Smear a little bit of detergent on one finger and touch one of the coins with it. Then start dropping water onto the coins.

1. How many drops of water can you put on each coin before it spills over?

2. How do you explain the difference between the two cases?

What holds the water molecules together?
› Mainly hydrogen bonds, which form due to electrostatic attraction between the partially charged hydrogen and oxygen atoms of different water molecules (see also 'Bending water').

Where do the surfactant molecules from the detergent go when they come in contact with water?
› To the water surface (see also 'Fleeing pepper').

Do the surfactant molecules hold together as strongly as the water molecules do?
› No.

Cohesion is an attraction between molecules in liquids that makes them stick together and form drops. In the case of water, cohesion comes primarily from hydrogen bonds between the water molecules. Even a little bit of surfactant (as e.g. dish-washing detergent) in the liquid will build a film on the water surface. The molecules in this film are hold together by van der Waals forces, which are much weaker than hydrogen bonds. These weaker forces lead to a lower surface tension. The water on the coin with the detergent will therefore spill over after far less drops than the water on the coin without detergent.