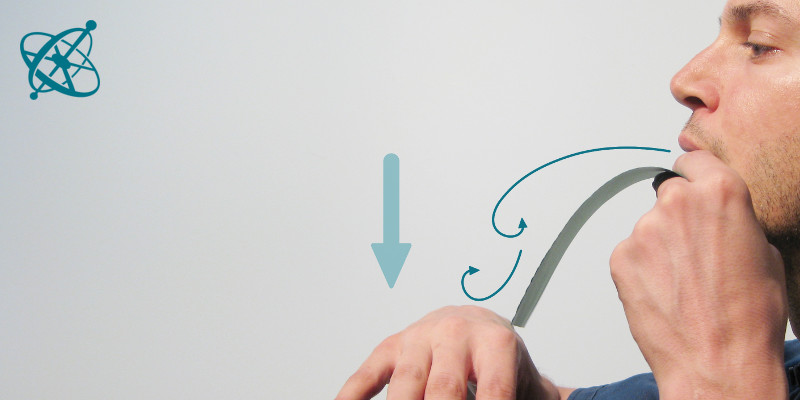 As the air is deflected downward… 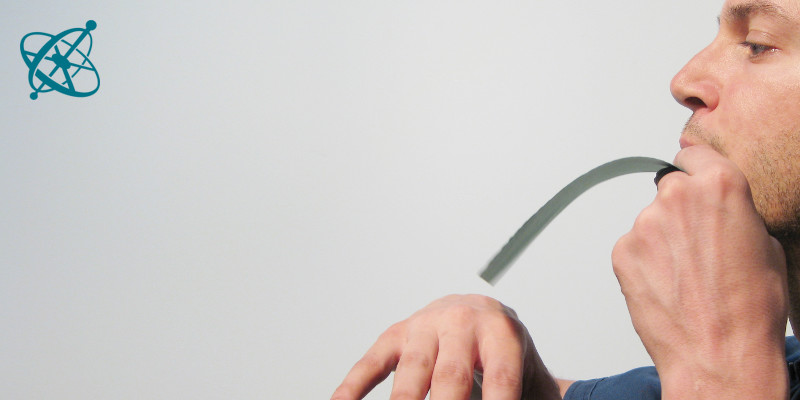 …the paper is lifted up… 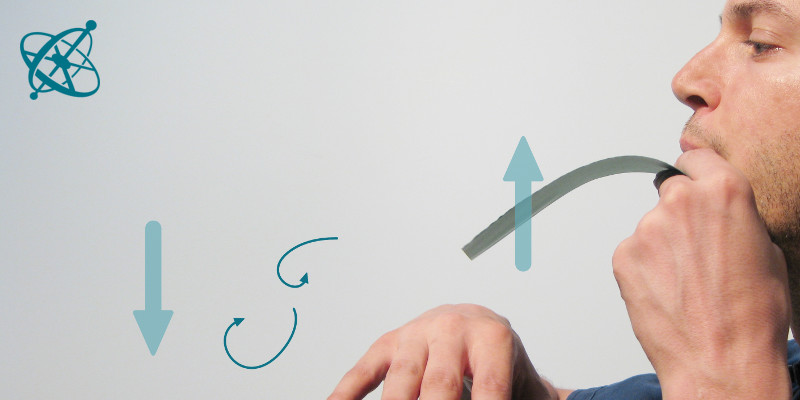 …in accord with Newton's third law. 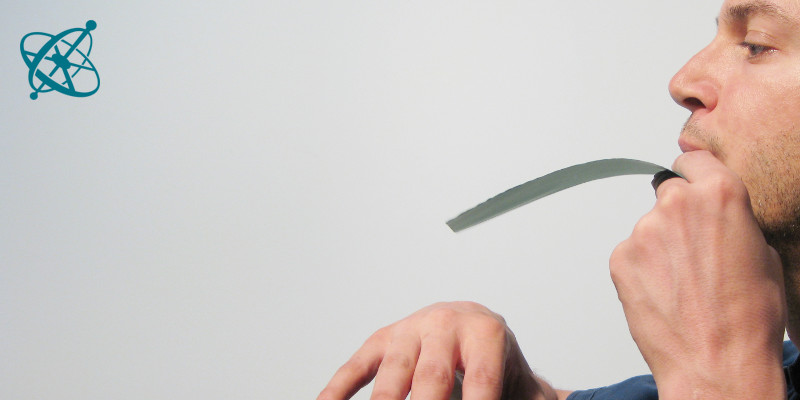 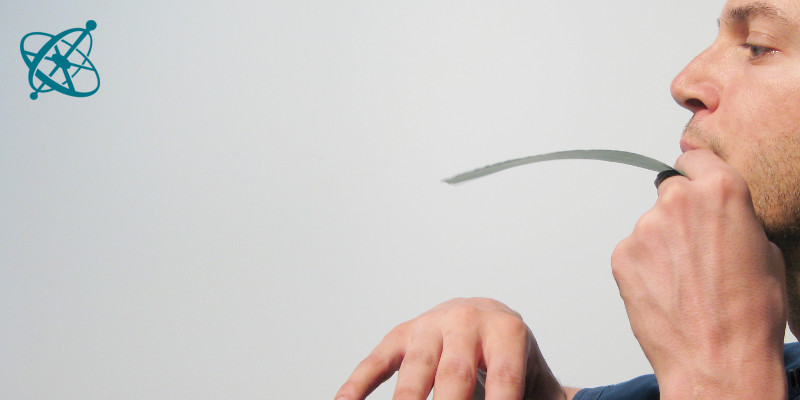 …would keep no plane in the air.

Most schoolbooks refer to the the law named after Bernoulli to explain why airplanes can fly. Although the phenomena he discovered plays a role, the physics of flying is far more complex. This experiment shows with just a piece of paper how Bernoulli's findings can be reconciled with Newton's laws. It gives a slightly more complete picture of the forces that keep a jumbo jet in the air.

Flying does not defy Newtons third law: in order to lift the wing, air is pushed downward.

Hold a sheet of paper (about the size A5) to your lower lip and blow horizontally over it so that it lifts up. Next, wet the back of one hand and hold it horizontally at the paper's lower edge while you blow again over the paper. Then repeat without the paper – just let it drop to avoid changing your posture.

1. What do you feel on the back of your hand the moment the paper lifts, and what does this mean?

2. Why is the paper lifted up if you blow over it?

According to Bernoulli, the faster airflow over the wing leads to an under-pressure which lifts the paper. Is this true?
› Yes, as can be seen when holding the paper vertical and blowing horizontally on either side of it: it will swing towards the side you blow on.

But what is this cool feeling on your hand?
› It is wind, the blown air is deflected downwards towards the hand.

Why don't you feel it without the paper?
› It is the hanging paper's profile that deflects the air downwards.

According to Newton's third law, 'for every action there is an equal and opposite reaction.' What are action and reaction in the generation of lift, i.e. the upward force?
› The downward deflected air can be seen as the action and the lift of the paper sheet as reaction.

As the law of Bernoulli predicts, the fast moving air blown over the paper leads to a reduced air pressure above the paper relative to the still air below. This difference in pressure results in a lifting force on the paper. However, this is not the full picture: The sheet's profile also deflects the airstream downward which can be felt as cold breeze on the back of your hand. According to Newton's third law, for this action (the air being pushed down), there has to be a reaction, in this case an upwards movement of the paper.

The lift that keeps airplanes in the air is a complex physical phenomena in which Bernoulli's principle only plays a minor role – already because it's preconditions, namely laminar flow and a non-compressible medium are not met for an airplane wing. Contrary to many schoolbook explanations, the air flowing above and below the wing does NOT take the same time to reach the end of the wing, but the upper stream arrives significantly earlier. This is one of the effects that pushes air downwards at the end of the wing, and, in accordance with Newton's third law, lifts the airplane.

One can see clearly that air has to be pushed downward to lift an aircraft when looking at pictures from a helicopter just before take-off or landing.