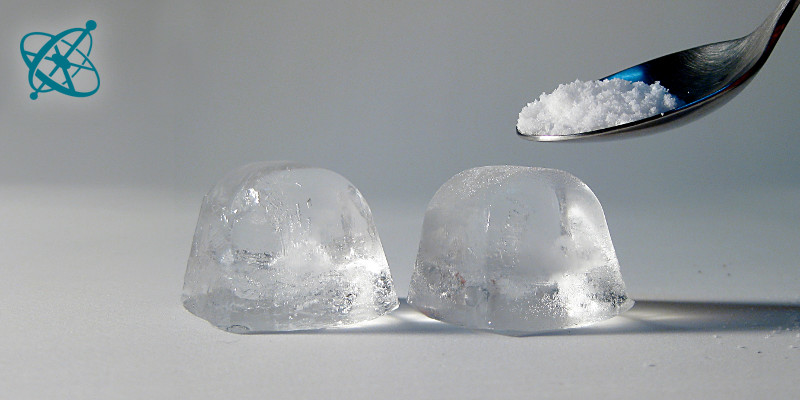 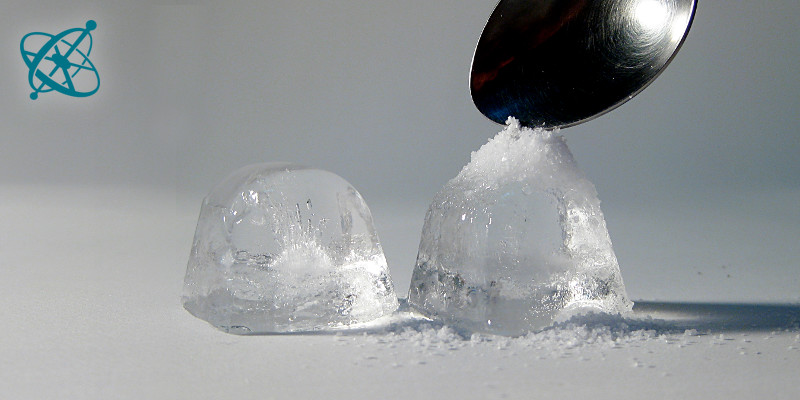 …seems to make it melt. 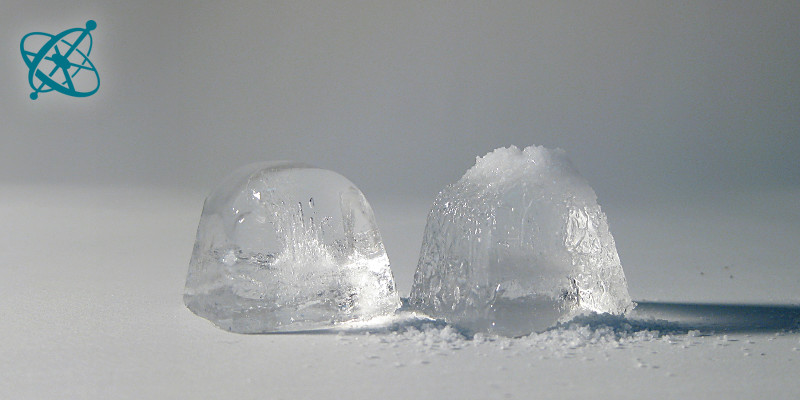 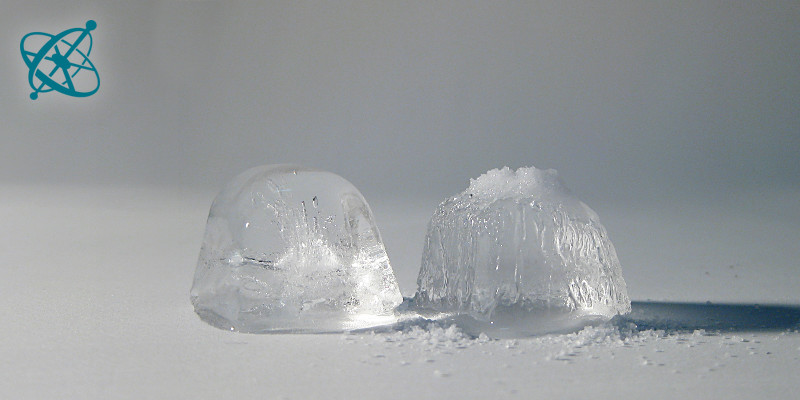 …on the surface where the water is constantly melting and freezing,… 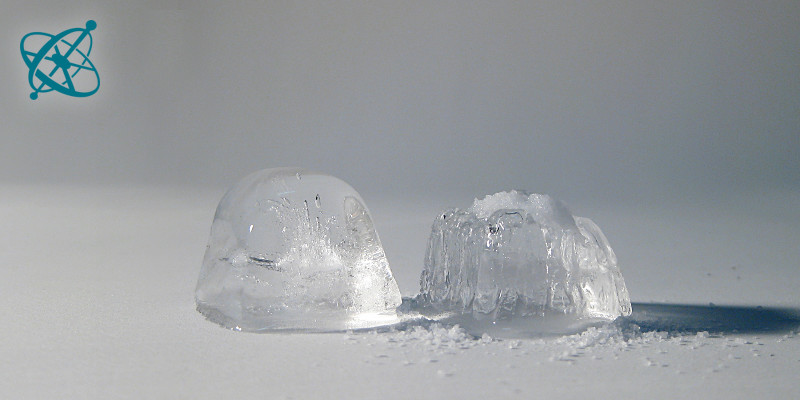 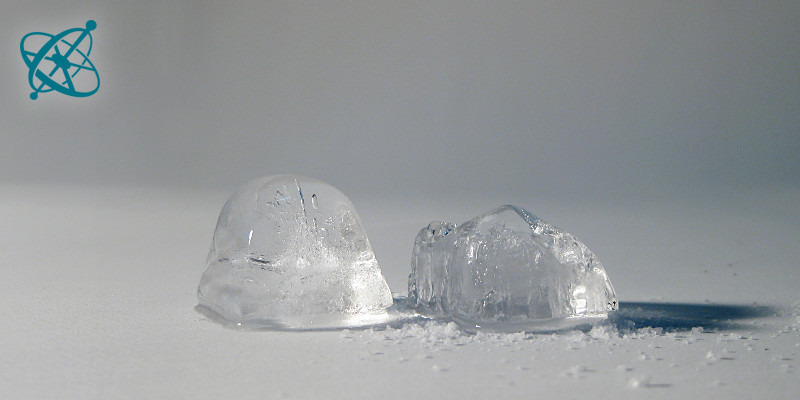 …shifting the equilibrium between melting and freezing… 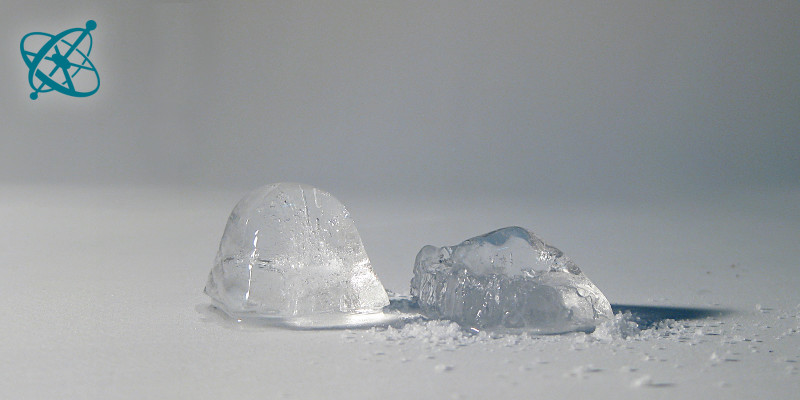 …in favor of melting.

In cold regions of the world, salt is used to free streets and pedestrian walks from ice. But how does salt melt ice? In fact, it doesn't – it just reduces the freezing while not affecting the melting, thus shifting the equilibrium between these two processes in favor of melting.

If your time allows, combine this experiment with 'Colder than ice'.

At the surface of ice, the melting and freezing are usually in equilibrium at around 0˚ Celsius.

Place an ice cube on a plastic dish and put a small heap of salt on one of its corners.

1. What happens to the salt, and what to the ice?

2. How does salt accelerate the melting of ice?

3. Would you get a similar effect by adding other substances that solve in water? Try it!

Why does the salt dissolve?
› Because there is liquid water on the surface of the ice cube.

What happens when ice melts?
› Some water molecules detach from the crystal structure.

Is this irreversible?
› No, liquid water molecules can again integrate in the crystal structure. Both processes – melting and freezing – take place simultaneously.

Does the salt prevent water molecules to detach from the ice?
› No.

Water molecules at the ice surface constantly leave the crystal structure of the ice and either become liquid, i.e. they melt, or even evaporate (sublimation). At the same time, water molecules in the liquid phase near the ice are 'caught' and integrated to the crystal structure. At 0˚ Celsius these two processes are usually in equilibrium, while at higher temperatures melting and evaporation dominate, and at lower temperatures freezing captures more molecules on the ice surface than are lost.

Adding salt dilutes the water with ions (in the case of household salt Na+ and Cl-), which are much harder to integrate into the crystal structure – disturbing the freezing but not affecting the melting process. This shifts the equilibrium in favor of the melting process. The new equilibrium or freezing point lies therefore at a lower temperature (in the case of NaCl at around -9˚ Celsius). Other substances that solve in water, like sugar (dissolves slower than salt at low temperature) or alcohol, show the same effect.

After clarifying how salt shifts the equilibrium of freezing and melting to a lower temperature, you could discuss why the use of salt on streets and sidewalks is bad for the environment and accelerates the corrosion of metals, which damages cars.

Water floating and sinking in water