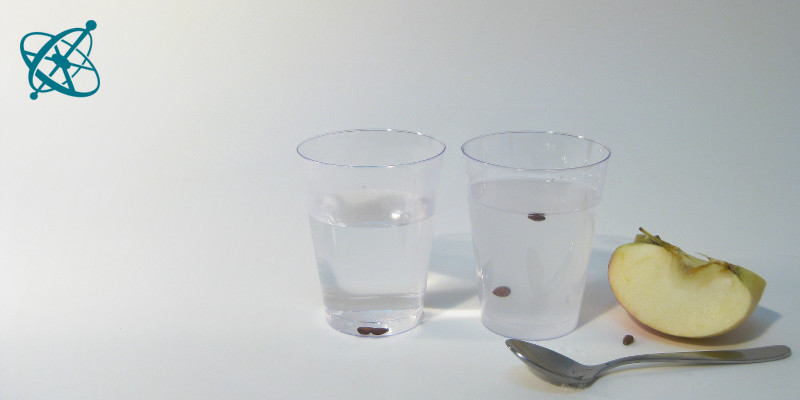 How to make apple seeds float? 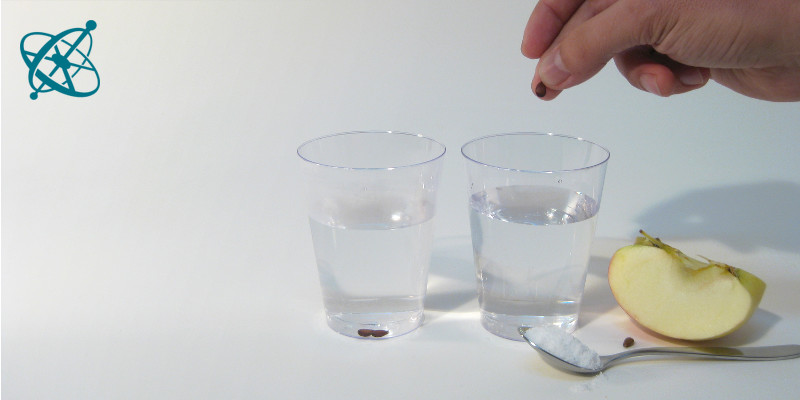 Just throw the seeds in water… 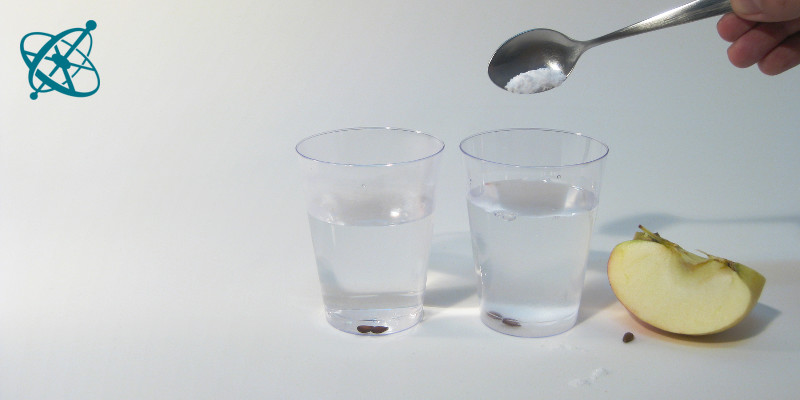 …and add salt or sugar. 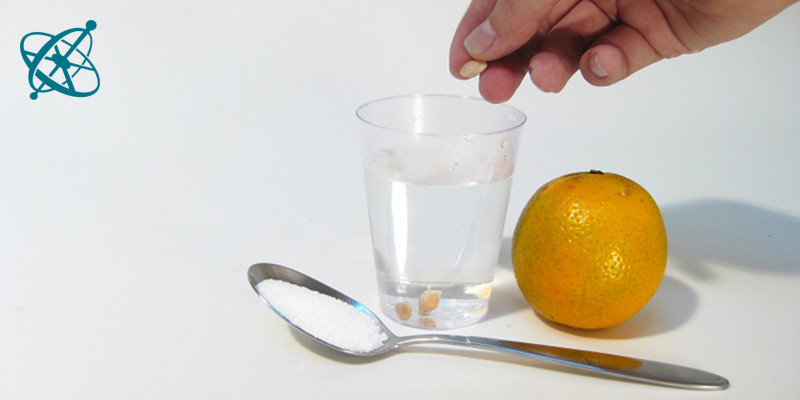 Works also with other seeds. 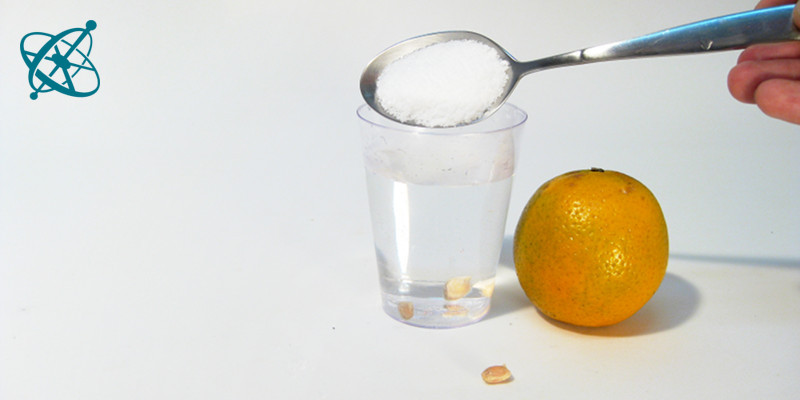 As the salt or sugar dissolve,… 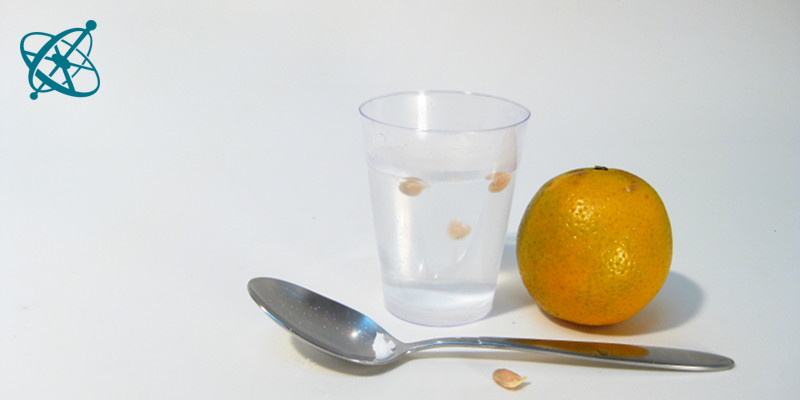 …the water's density surpasses that of the seeds.

Adding salt to water increases its density and allows some objects – like apple seeds – to float which would sink in pure water.

This is a faster and cheaper classroom alternative to the often cited experiments of making an egg float by adding salt to water or comparing the buoyancy of a can of Cola and Cola light.

Dissolving salt or sugar in water increases the density of the liquid.

Objects with lower density than their surrounding liquid (or gas) float, while objects with higher density sink.

Since salt dissolve faster in warm water, it saves you time to have warm water prepared in a thermos flask. To save salt, it is recommended to fill the cups only to a third with water.

Fill a cup to about a third with warm water and add two or three apple seeds.

2. If you mix a tablespoon of salt in the water, what makes the seeds raise?

When do objects float on water?
› When they have a lower density than the water.

Do the seeds change their density?
› No.

What happens to the salt in water?
› It dissolves.

Does pure water and water mixed with salt have the same density?
› No.

The density of most seeds is only slightly higher than that of water. Dissolving salt or sugar in water increases the liquids density. When the liquid's density surpasses the seeds' density, the seeds start to float.

Water floating and sinking in water

Three lenses in a glass